The real estate market in Las Vegas: Affordable prices and numerous investment opportunities. The international capital of gaming and entertainment, Las Vegas is experiencing an important economic development phase which is related to the implantation of numerous multinational corporations seeking to take advantage of the tax structure (No State Tax) and assets (Enormous hotel capacity, international airport) of the principal city of Nevada. Abandoned for several years in favor of the “Strip” and its casinos, the historic downtown is undergoing a rehabilitation stimulated by local entrepreneurs seeking to exploit the cultural and “hipness” identity of the town. A transitory town from its early days, Las Vegas has experienced significant population growth over the past ten years. In reality, Las Vegas has a number of material advantages: quality of life, 315 days of sun per year, its proximity to major West Coast cities, and especially its affordable real estate. The impact of the subprime crisis of 2007, which was responsible for the market collapse can still be felt, and the existing prices in Las Vegas and its suburbs remain particularly low even today.

No matter which property you choose, we are here to assist you through the entire purchasing process.

A BIT OF HISTORY:

Situated in the Mojave Desert, the town at its origins was a valley first traveled by Mexican scouts in 1829, who named it Las Vegas: in English “Fertile Valleys” due to its underground springs. In 1848 after the Mexican-American War, this land which belonged to Mexico was ceded to the Americans. Later, in 1855, a small group of Mormon missionaries installed a fort and attempted to convert the existing Indian populations to Mormonism… It proved to be a waste of time because, following numerous attacks by the Indians and the difficulty in cultivating the soil, the missionaries left the area. The American army installed itself in 1864 and renamed the fort, Fort Baker, which then became a transitory stop between California and New Mexico. Important population migrations to the valley allowed Las Vegas to obtain status as a village in 1905, and that of a town in 1911. The next stage of development of the city occurred at the beginning of the 1930’s with the construction of Hoover Dam, followed by the legalization of gambling. This new regulation attracted a number of investors (not always the most respectable!) and accelerated the development process of the town and Casinos, along the strip and in the center of town. The Flamingo was one of the first casinos to be built in 1946. Majestic and luxurious, it attracted the town’s upper class, and many artists performed there, establishing the worldwide reputation of the city. Following that, several establishments opened their doors: The Desert Inn in 1950, The Sahara in 1952, and The Tropicana in 1957, just to name a few. Exceptional and grandiose shows, gambling, adult shows, and partially legal prostitution added to Las Vegas’ reputation as “Sin City”. Starting in 1989, Las Vegas changed directions towards leisure time and families, with the opening of theme-oriented hotels and hotel complexes such as The Mirage, The Excalibur, or Circus Circus. Constantly looking for new angles and change, new projects saw the light of day, and brought an aura of more luxury and exclusiveness: The Wynn and Encore, The Aria, and The Cosmopolitan, reinforced the city’s position as the number one hotel town in the world. Las Vegas is also a first class gastronomic destination, where you will find diverse, top flight cuisines from around the world. You can try the precision and refinement of Asian dishes such as Thai, Korean, Vietnamese, Cantonese, and Japanese, the intensity of Indian dishes and refreshing Mexican dishes. If you miss Europe, you can regale yourself at Italian, Spanish, Greek and, of course, French Restaurants: Robuchon, Gagnaire, and Savoy are at the top of the list… To Invest, Capitalize, and Live, Las Vegas is the ideal destination to undertake your project… And now is the perfect time to take that step! 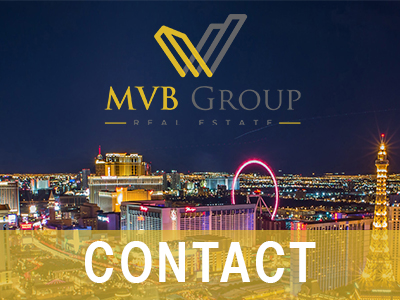